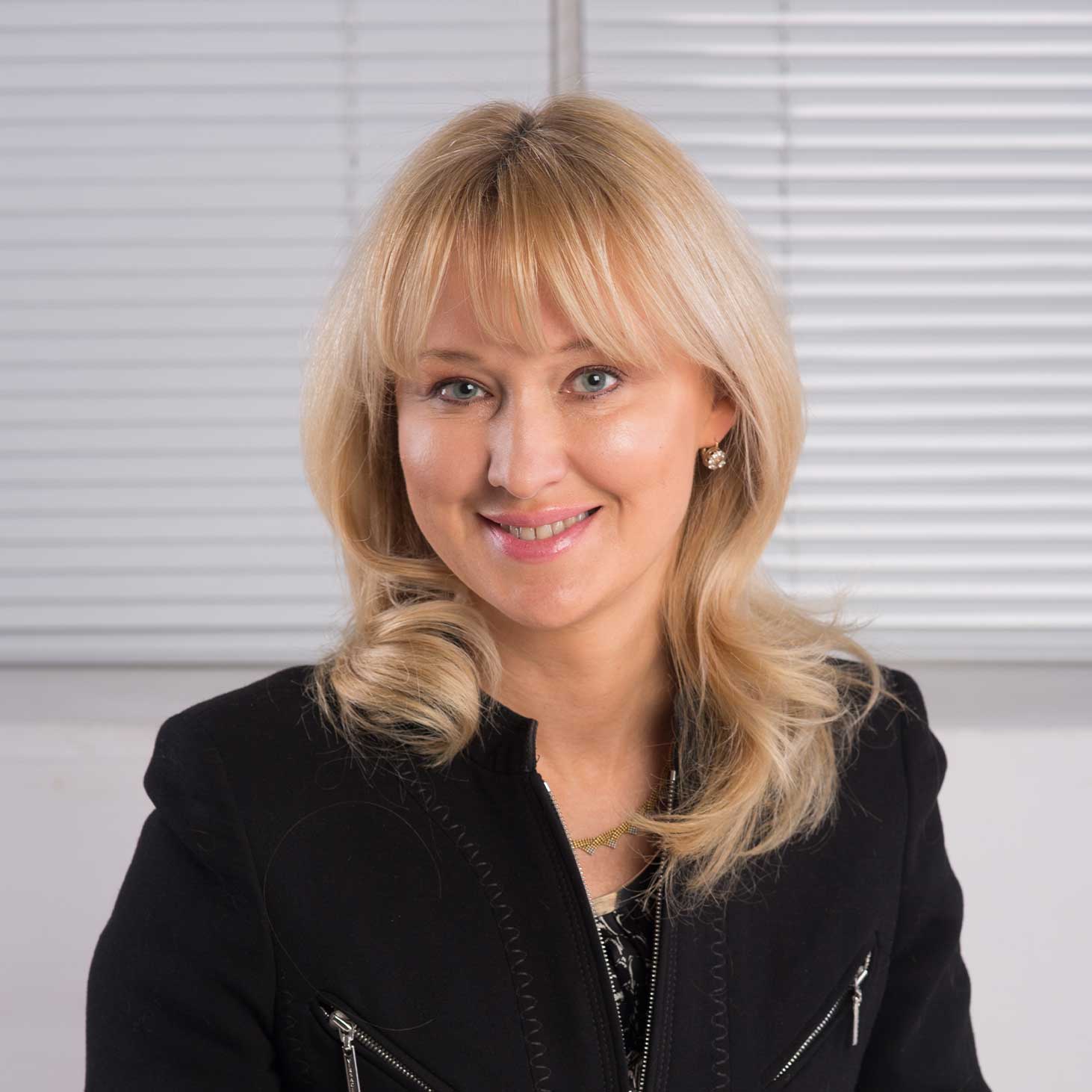 Graduated from the Leningrad Pediatric Medical Institute as a pediatrician in 1994.

In 1999 defended her PhD thesis on the topic: “The use of peptide bioregulators in the treatment of diabetic retinopathy”.

In 2003 defended her Doctoral Dissertation on the topic: “Age-related peculiarities of peptide bioregulators regulatory effect on the retinitis pigmentosa”.

Today Svetlana Trofimova is one of the leading specialists in the field of ophthalmology and regenerative medicine.

Prof. Svetlana Trofimova is the author of more than 160 scientific papers (monographs, guidelines, articles) and 4 patents. Under her leadership, 5 PhD dissertations were defended. She is the author of a series of popular science books about healthy longevity. “Immortality tomorrow?”, successfully presented first in Monaco in 2015, and then in Singapore in 2016, and got admirers among the intellectual elite of Europe and Southeast Asia. In 2018, the book “What prevents us from living to 100 years?” was published, and in 2020, the book “Secrets of a long life” was published.

Unique technologies developed in the Saint Petersburg Institute of Bioregulation and Gerontology and their 30-year-old usage for serious disease of retina have become for Publish SpringerNature the reason to order the book “Molecular mechanisms of retina pathology and ways of its correction” by Svetlana Trofimova in 2020.

Prof. Svetlana Trofimova has made numerous presentations and lectures at the world conferences on ophthalmology, gerontology and anti-aging medicine.

Svetlana Trofimova within the Russian society for anti-aging medicine is organizing Proage technology school of preventive and regenerative medicine.

Svetlana Trofimova is a member of the editorial Board of the Russian scientific journal “Doctor”.

Since 2017, she has been the host of a weekly scientific-journalistic program about health and longevity “About the most important thing” on the Federal TV channel Russia 1.